Are you satisfied with your current salary?
Tell us in our Hiring Trends Survey now.
Do not show this message again.
Specialisms tagged are

12 physical offices across the U.S. and growing. 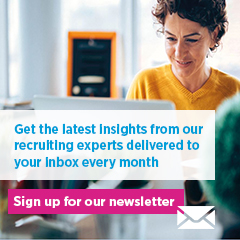